March 18, 2019 - A two-car crash on March 10 at Ridgeland Avenue and South Boulevard has claimed a second life. Pierre L. Shelton, 30, of the 100 block of North Central Avenue in Chicago died yesterday at Loyola University Medical Center in Maywood from injuries sustained in the two-vehicle incident.

Shelton was a passenger in the car driven by Joy S. Tyus, 28, of the 1000 block of North Waller Avenue in Chicago, who was killed when her vehicle was struck by a SUV that Police allege ran a red light at about 10:30 p.m. on March 10 while traveling west on South Boulevard as Tyus' sedan was coming south on Ridgeland Avenue.

Kendall R. Harrison, 25, of the 1300 block of North Washtenaw Avenue in Chicago was charged originally with one count of reckless homicide and two counts of aggravated driving under the influence. Police say the Cook County State's Attorney is reviewing the case in light of Shelton's death to determine if additional charges will be brought against Harrison.

At last report, Harrison was being held in Cook County Jail on an $800,000 bond.

March 11, 2019 – A 25-year-old Chicago man has been charged in connection with a vehicle crash that took the life of a Chicago woman and critically injured a passenger in the car she was driving.

Kendall R. Harrison, 25, of the 1300 block of N. Washtenaw Ave. in Chicago was charged today with one count of reckless homicide and two counts of aggravated driving under the influence.

Harrison was behind the wheel of a SUV that allegedly ran a traffic light at about 10:30 p.m., Sat., March 10 at Ridgeland Avenue and South Boulevard, striking a sedan driven by Joy S. Tyus, 28, of the 1000 block of N. Waller Ave. in Chicago.

Harrison remains in Police custody awaiting a bond hearing scheduled for Tuesday at the Fourth Municipal District Courthouse in Maywood.

An update on the condition of the injured passenger was not immediately available. 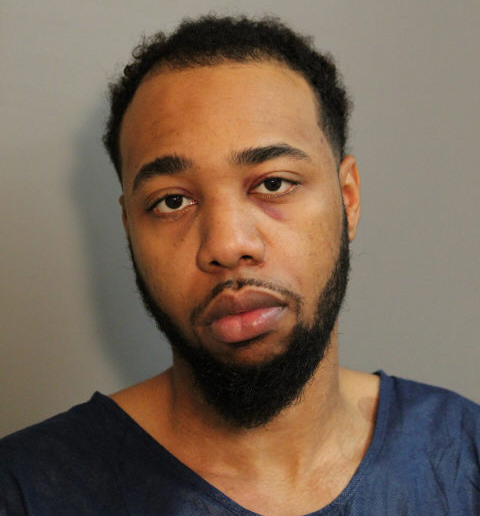 March 10, 2019 - Oak Park Police are investigating a two-vehicle crash that left the driver of one vehicle dead and its passenger critically injured.

According to Police, at about 10:30 p.m. last night a SUV traveling west on South Boulevard apparently ran a red light and struck a four-door sedan that was traveling south on Ridgeland Avenue.

The Oak Park Fire Department transported the two sedan passengers to Loyola University Medical Center in Maywood where the driver was pronounced dead. The name is being withheld pending notification of next of kin. The passenger sustained multiple fractures and was listed in critical condition.

Police said that moments before the accident an Oak Park Patrol Officer had stopped the SUV on South Boulevard near Humphrey Avenue. When the officer approached the vehicle on foot, the vehicle sped away. The officer had not initiated a chase when the SUV struck the sedan in the intersection of South Boulevard and Ridgeland Avenue.

The driver of the vehicle that allegedly disobeyed the traffic signal attempted to flee on foot, but was was quickly apprehended and is in custody.

The investigation is continuing. More information will be released as it becomes available. Anyone with information is asked to call the Oak Park Police Department at 708.386.3800. Information may be provided anonymously by calling 708.434.1636 or online at www.oak-park.us/crimetip.