Nov. 23, 2021 – A mid-morning fire in the 1000 block of Lake Street in downtown Oak Park severely damaged two buildings and caused smoke damage to three other structures.

Responding to 911 calls at about 9:39 a.m. today, firefighters discovered smoke and flames coming from the rear of Delia’s Restaurant at 1034 Lake St.

The restaurant, a nail salon next door and four apartments above the businesses were evacuated.

Several other nearby businesses along Lake Street also were evacuated as a precaution and Lake Street closed between Marion Street and Forest Avenue.

The fire was extinguished by about 11:30 a.m., but not before the restaurant and nail salon next door at 1036 Lake St. were severely damaged.

The theater and cafe also lost power, which kept ComEd crews working into the night to restore.

One Oak Park firefighter sustained a minor injury. No patrons, employees or customers of the businesses were injured.

The Red Cross was contacted to provide support to the tenants of the four apartments.

Lake Street was reopened to traffic by about 3 p.m.

The cause of the fire is under investigation. 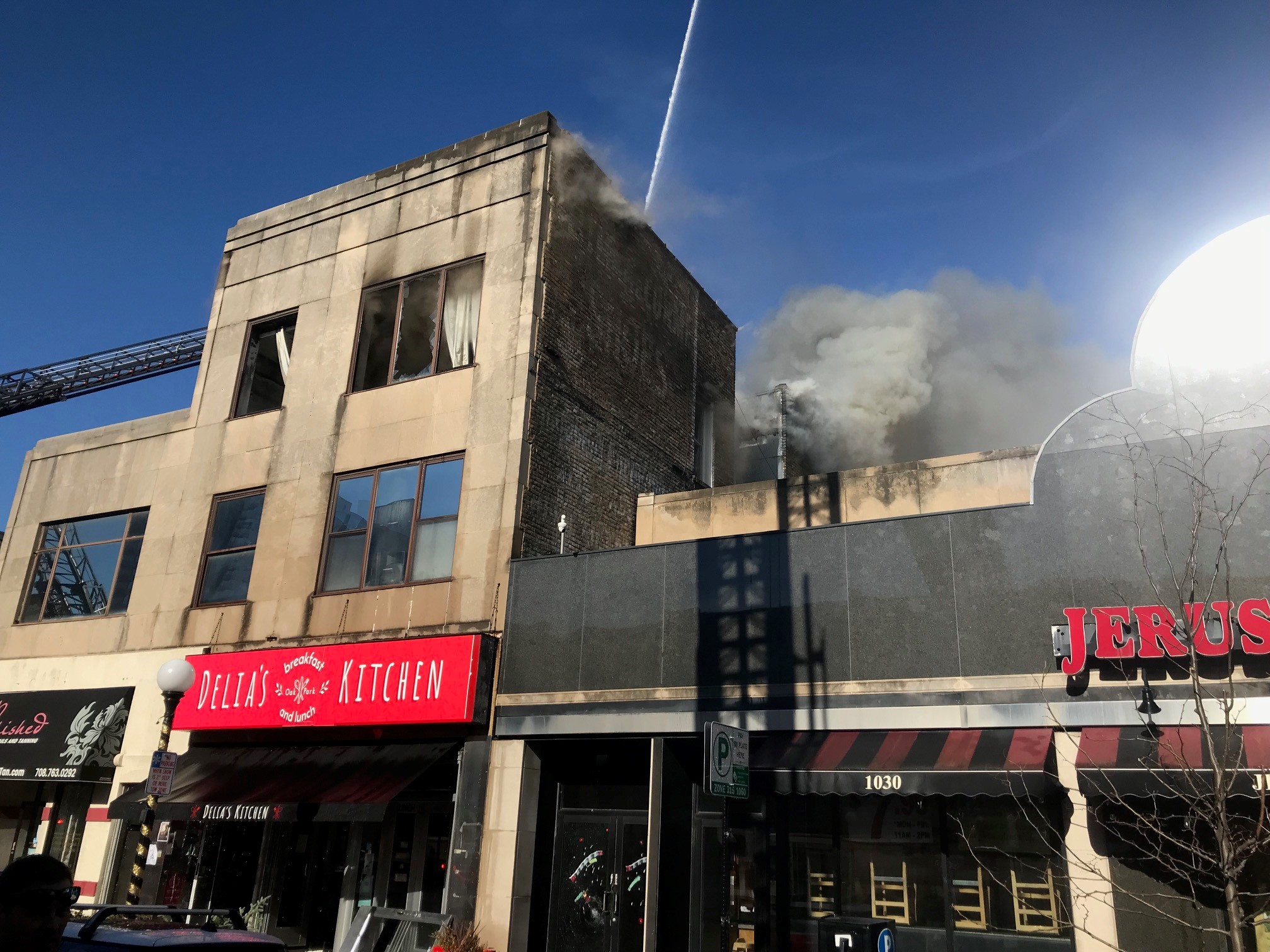 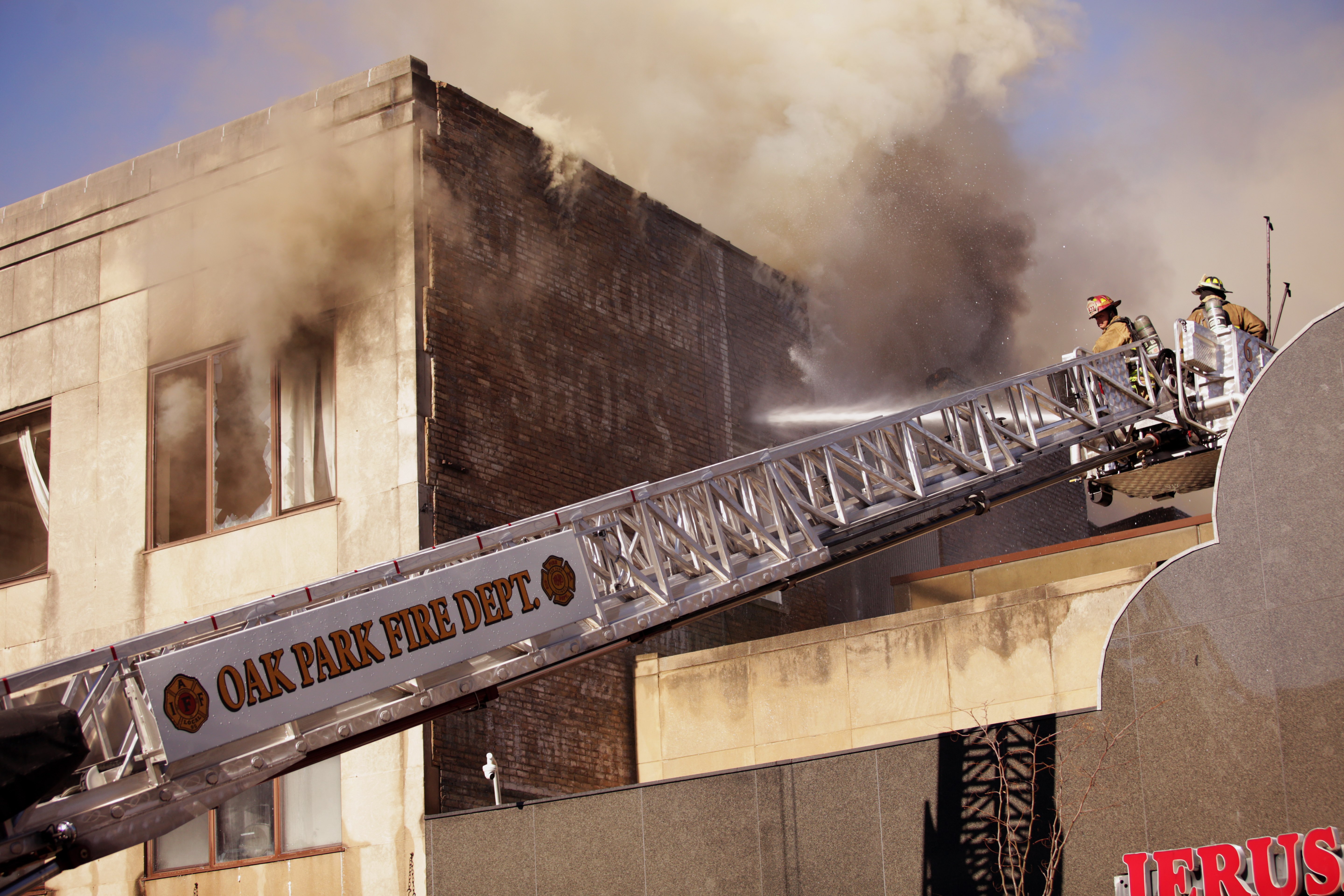 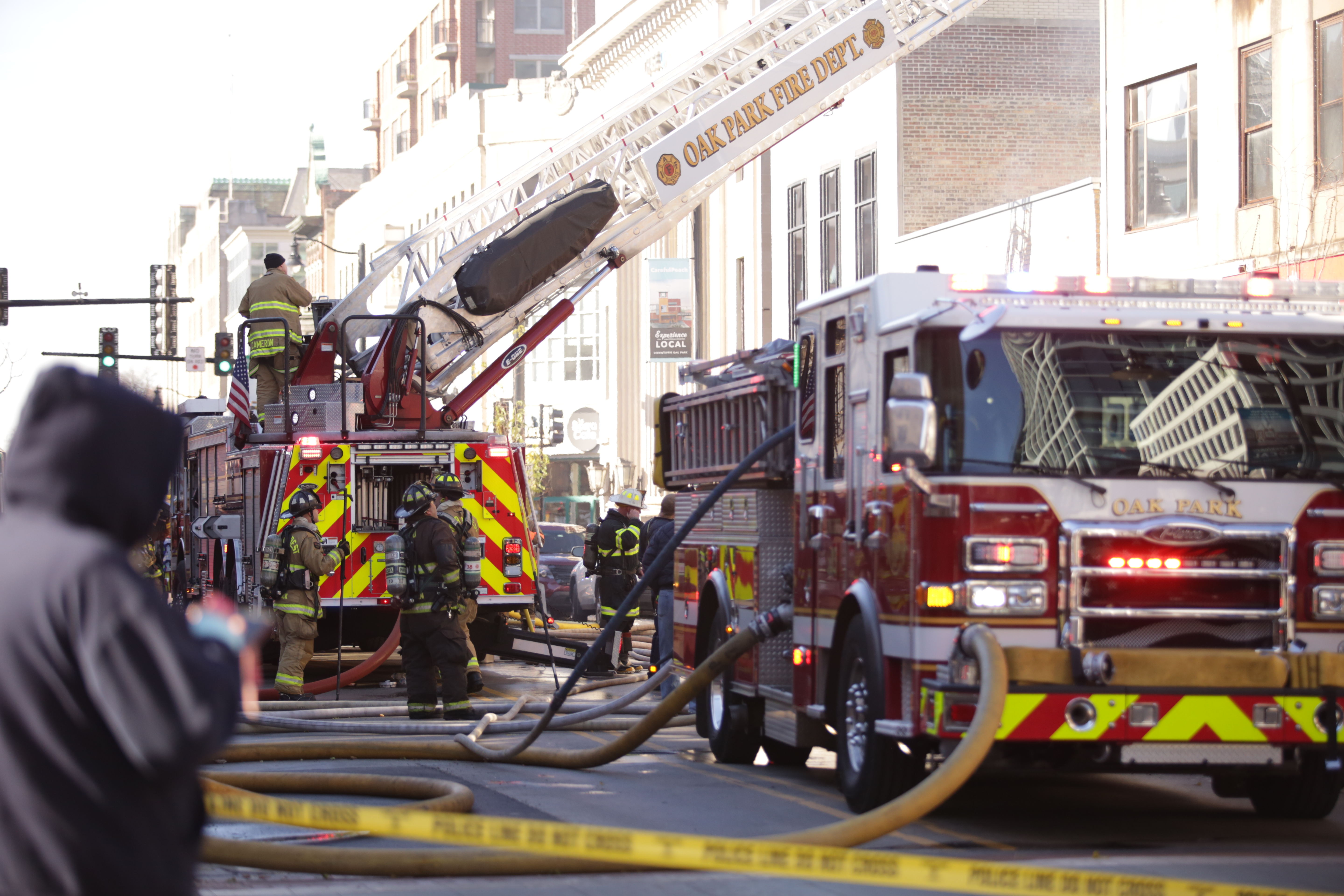 Photos by Village of Oak Park