Nov. 25, 2015 UPDATE: Sherman Henderson has been charged with one count of home invasion in connection with an incident late Sunday night in the 600 block of Forest Avenue.

Henderson, 31, was taken into custody Monday evening after arriving at the Oak Park Police station accompanied by his attorney.

Nov. 23, 2015 UPDATE: Oak Park Police are reporting that Lindsay Bowman has been located at a suburban hospital. She is safe and receiving medical care. Early reports indicate that she has suffered minor injuries. Additionally, the vehicle used in the incident has been located. Police have indicated that the investigation is ongoing and are attempting to locate the suspect in this case, Sherman Henderson.

Nov. 23, 2015 - Police are asking for the public’s help to find a man who is believed to have kidnapped a woman late last night who was house-sitting at a residence in the 600 block of Forest Avenue in Oak Park.

The man, identified as Sherman Henderson, 31, is believed to be the woman’s former boyfriend.

He was last seen traveling westbound on North Avenue near Wolf Road in Northlake. The vehicle is believed to be a silver 2006 Dodge Magnum with Illinois license plate number K134 338.

The victim has been identified as Lindsay A. Bowman, 30. Her residence has not yet been determined.

Responding to a 911 call at about 11:50 p.m. Sunday, Police said a witness told them he had seen a woman being forced into the vehicle, which then fled southbound on Forest.

A River Forest Police officer observed the car travelling westbound on Chicago Avenue, but its driver eluded an attempted traffic stop. However, he did get the license plate number.

Officers arriving on the scene found that a rear door of the residence had been forced open.

Henderson has been arrested previously for domestic battery and unlawful use of a weapon. He is described as  6-feet, 4-inches tall and weighing 201 pounds. He is considered armed and dangerous.

Henderson owns a white, 2011 Chevrolet Camaro with Illinois license plate number R995300. The silver Dodge is registered to a known acquaintance of Henderson.

Anyone who spots the suspect should dial 9-1-1 immediately. The public can report tips anonymously to Police by calling 708.434.1636. Anonymous crime tips also can be made online at www.oak-park.us/crimetip. 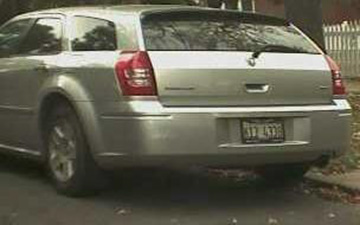 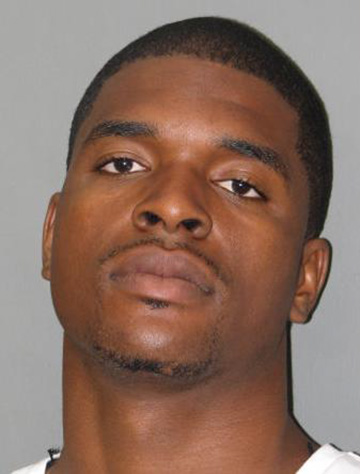