Bike sharing offers easy way to get around Oak Park

Getting around Oak Park by bike is easy for residents and visitors alike thanks to the Divvy bike share program.

Thirteen Oak Park Divvy stations are strategically located near the CTA Green Line and Metra tracks downtown and the CTA Blue Line and Interstate 290 in south Oak Park, as well as along Madison Street and near the Frank Lloyd Wright Home and Studio. Stations also are in place near the Dole Branch of the Oak Public Library and West Suburban Medical Center in northeast Oak Park.

During September and October, Oak Park residents and users can take advantage of a special offer and pay only $59.99 for an annual membership, a savings of nearly $40 off the regular annual membership price of $99. Use the coupon code OPFYI when making the purchase at www.divvybikes.com.

Each Divvy docking site has an automated pay station that allows cyclists to rent bikes 24 hours a day, seven days a week, year-round. Riders can purchase an annual membership or simply buy a 24-hour pass. Bikes can be picked up at one station and dropped off at another.

Divvy has been operating in Chicago neighborhoods since its launch in 2013, and now has more than 580 stations and 5,800 bikes spread across more than 100 square miles of Chicagoland, making it the largest and most diverse bike share system in North America.

Oak Park has a long tradition of encouraging safe cycling with bicycle friendly share the road signs at all major community entry points, marked dedicated and shared bicycle lanes on numerous streets and bike racks located throughout the community.

The community’s commitment to encouraging wider use of bicycles led the national bicycling advocacy group League of American Bicyclists to designate Oak Park as a Bicycle Friendly Community in 2015.

For more information about bicycling in Oak Park and the Village’s comprehensive Bicycle Plan, visit www.oak-park.us/bicycling. 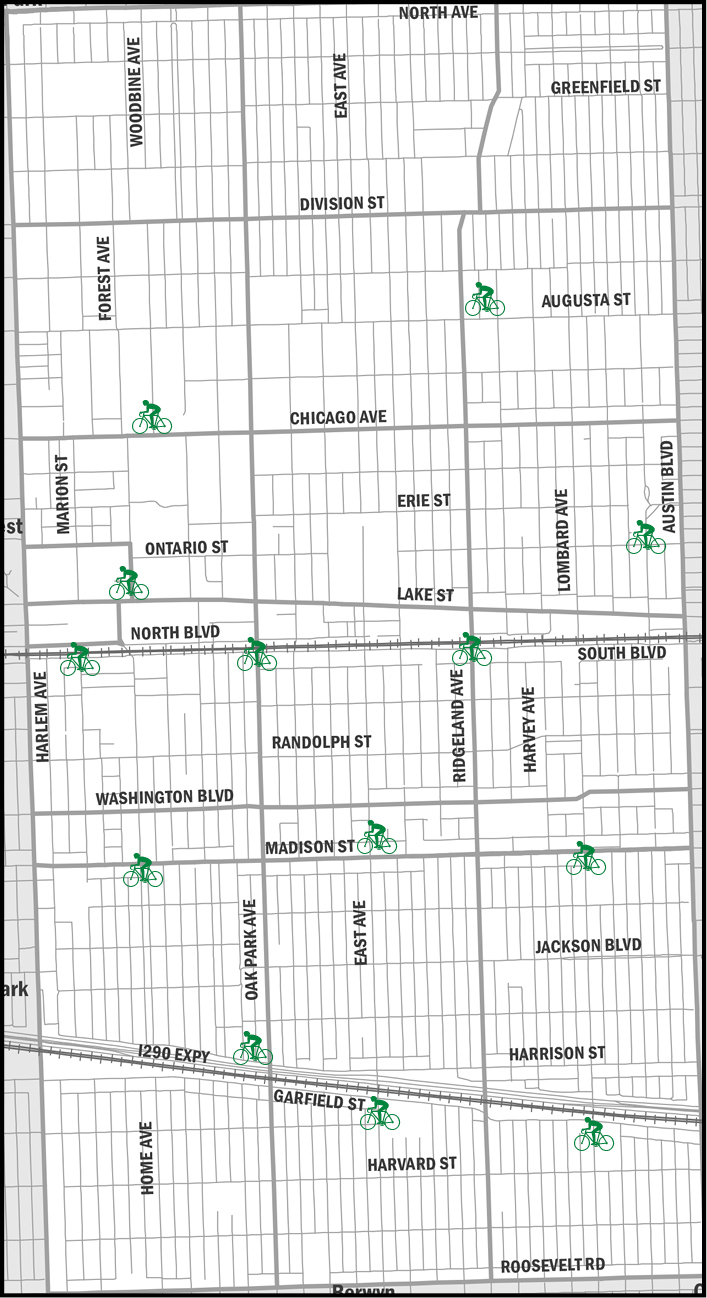