Oak Park Police investigated 78 more crimes in 2019 than in 2018, nudging the overall crime rate up about 5 percent, according to data compiled by the Police Department for the FBI’s Uniform Crime Reporting Program that studies patterns and trends over time.

The biggest increase came in the theft category, which historically is the single largest category of crime reported in Oak Park. But the number of aggravated assault and battery cases was up as well, as police investigated 49 incidents in 2019 compared to 31 in 2018.

Although the overall crime rate did increase in 2019, Police say the data continue to underscore the fact that Oak Park is a safe place to live and raise a family.

Oak Park Police investigated 1,728 crimes in 2019, compared to 1,650 in 2018. Burglaries and thefts, which historically represent the vast majority of crime in the Village, remained the biggest categories at nearly 87 percent of all crimes committed in the community in 2019. 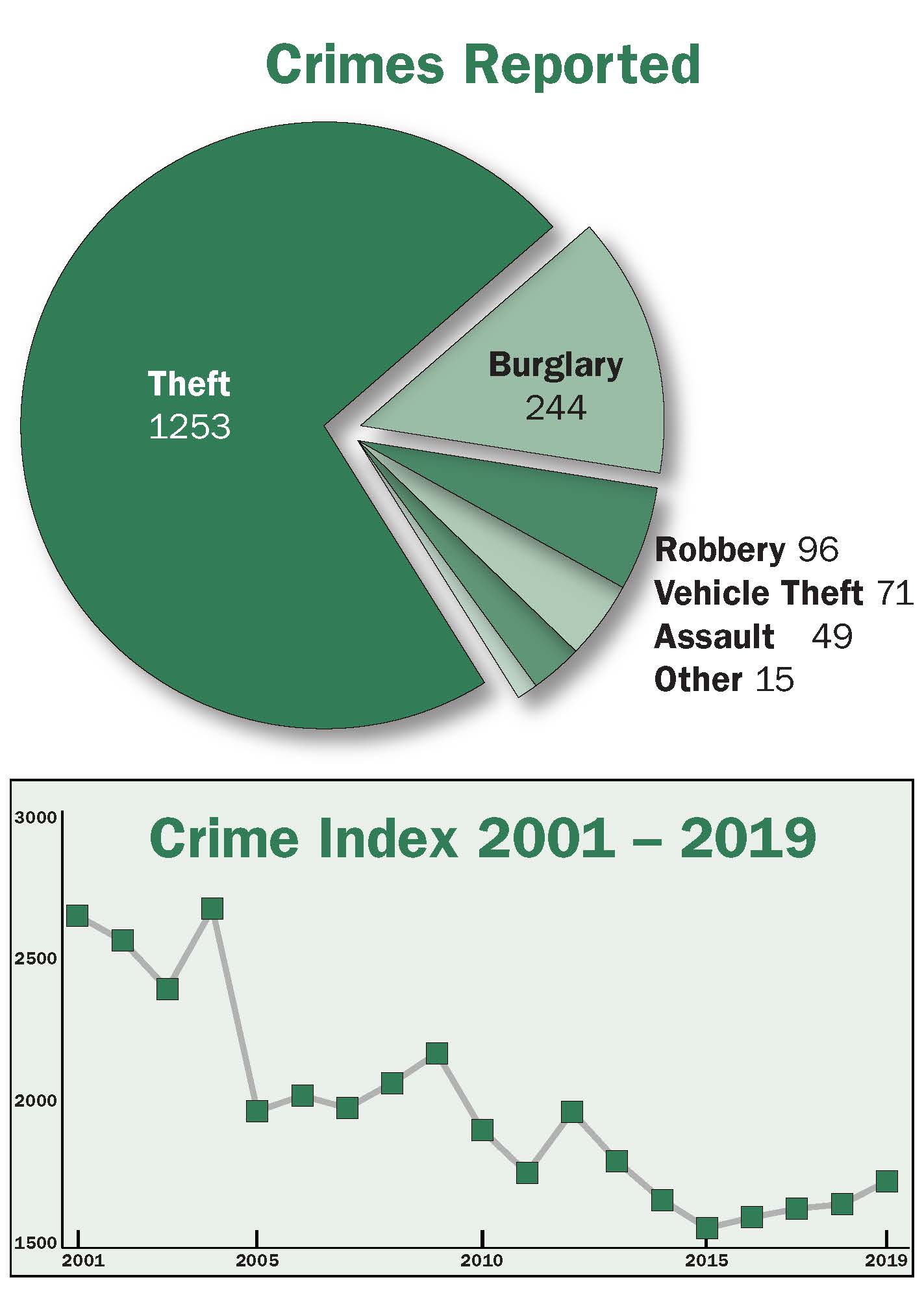