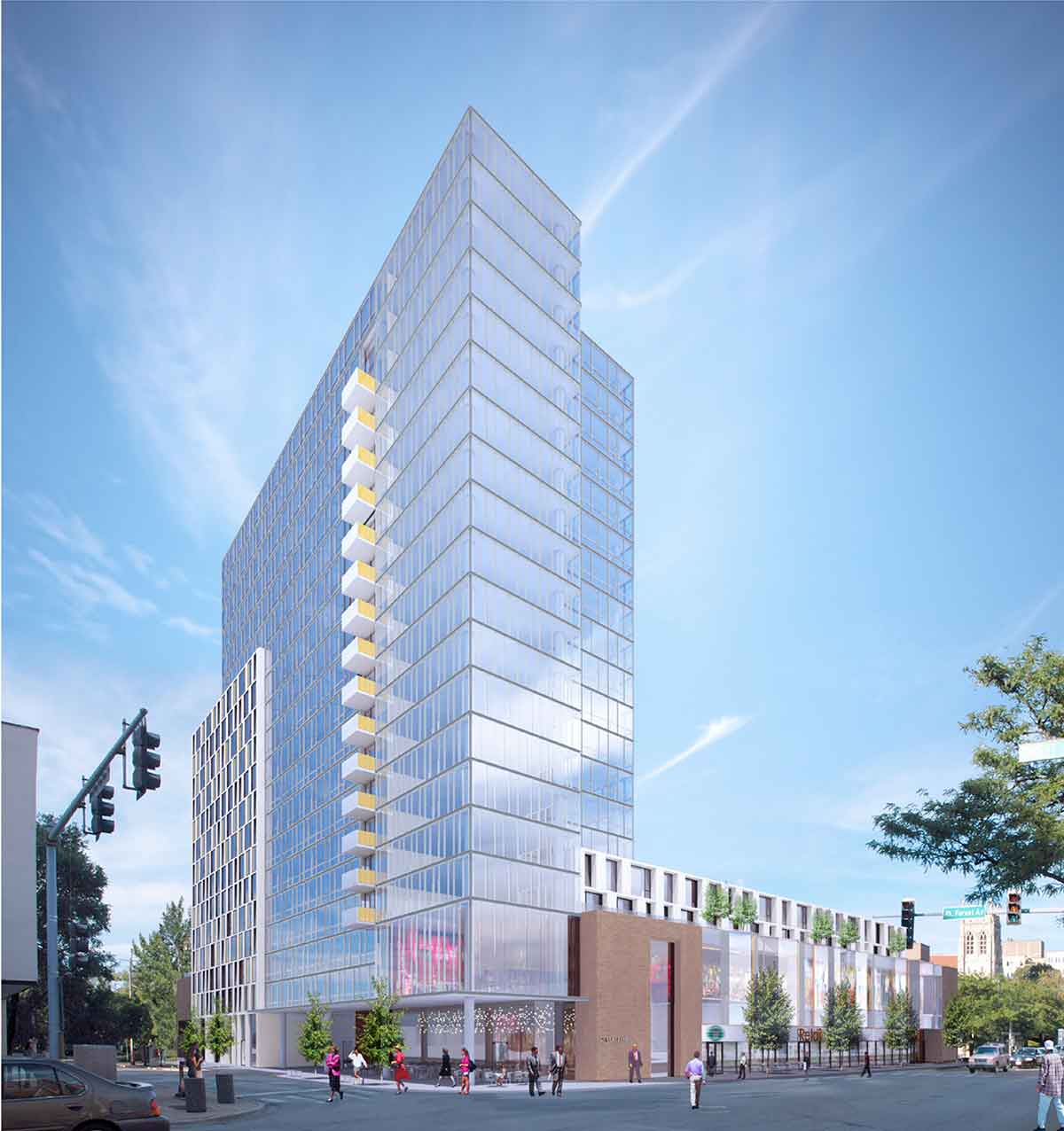 With the Lake & Forest Garage scheduled to close on Aug. 4, the long-awaited redevelopment of the high-profile corner at Lake Street and Forest Avenue appears poised to begin.

The 21-story mixed-use building will include 270 rental apartments, 25,000 square feet of ground-level retail and an integrated garage with 588 parking spaces.

An investment of about $94 million is projected to create construction jobs while it is being built, retail positions when it is completed and bring in an estimated $1.3 million in new property and sales taxes each year.

The new parking garage will replace the aging public parking structure built in the 1970s. Time and the elements have taken a toll on the garage, which had become difficult and increasingly expensive to maintain.

Demolition of the current garage will be the first step in the project. Crews will remove the telecommunication equipment, cameras and other salvageable materials before the arrival of the wrecking ball in September or October.

Once the site is cleared, construction is expected to take about 18 months to complete. Village officials are working with the project’s developers, Golub & Co. and Wood Partners, to minimize impact on traffic and the nearby neighborhood.

Specific routes for construction vehicles will be established, along with off-site parking for construction crews and materials staging. Even with careful planning, officials caution that traffic on Lake Street will be affected as construction gets underway.

As for parking permit holders, visitors, shoppers and employees who use the Lake & Forest Garage, they are being directed to the Holley Court Garage a few blocks to the west of the project. The Avenue Garage at Oak Park Avenue and North Boulevard also can accommodate additional vehicles. Village officials are exploring options for a valet parking service located near the construction site.

This project is one of several planned for downtown, including a major mixed-use development on the surface parking lot on Lake Street east of Harlem Avenue.

Information on the projects, including traffic and parking updates, will be posted at www.oak-park.us/projects and distributed via www.facebook.com/vopnews and twitter.com/vopnews.