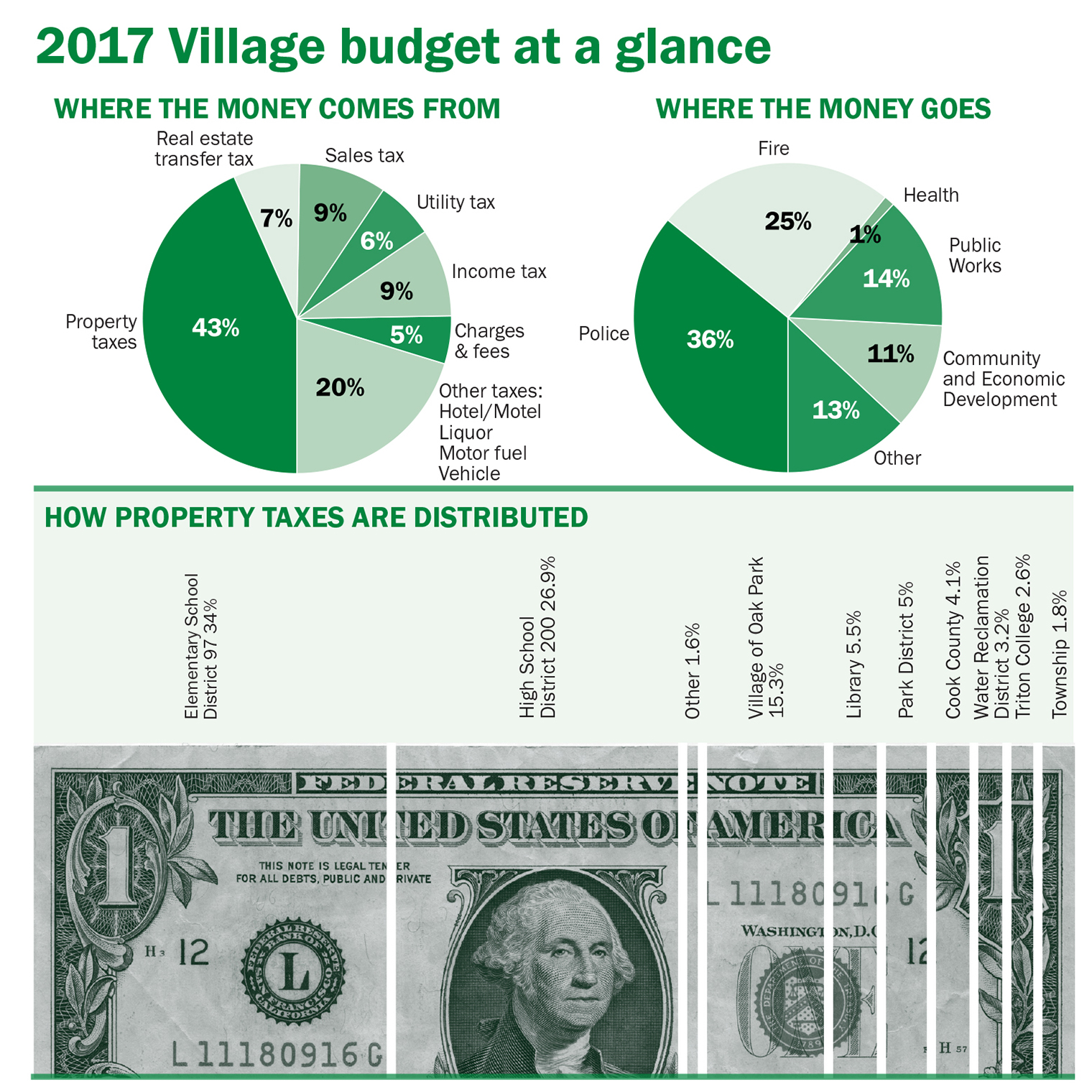 Maintaining public safety and improving vital public infrastructure will continue to be priorities in the year ahead, as the 2017 budget takes effect on Jan. 1.

The largest share of general fund expenditures will be on critical public services, including police, fire and public works, which together represent some 75 percent of Village spending budgeted for 2017.

Oak Park Police respond to about 35,000 calls for service each year, typically arriving on the scene of high-priority calls within minutes. The Oak Park Fire Department fields about 6,000 calls each year, about two-thirds for emergency medical services often in life-and-death situations.

For the Public Works Department, the job is maintaining more than 600 alleys, 240 lane miles of streets, 105 miles of water mains and 110 miles of sewer pipe. The Village has a multiyear commitment to infrastructure improvements that will continue into 2017 and beyond with planning based on five-year cycles to better manage costs of what are often major construction projects.

Property taxes will remain a key source of revenue to fund municipal services, representing about 43 percent of general fund revenues expected in 2017. The Village’s share of the property tax bill will remain about 15 cents of each dollar homeowners pay, third behind school districts 97 and 200.

Through its legal authority as a home rule government, the Village will continue to rely on a diverse mix of revenue streams to lessen the reliance on property taxes. This approach includes fees like those charged for residential garbage and water and sewer services, which unlike property taxes, are based on use and offer opportunities for individuals and families to reduce what they pay.

Residents are invited to review the 2017 budget document, as well as budget summaries from past years at www.oak-park.us/budget.