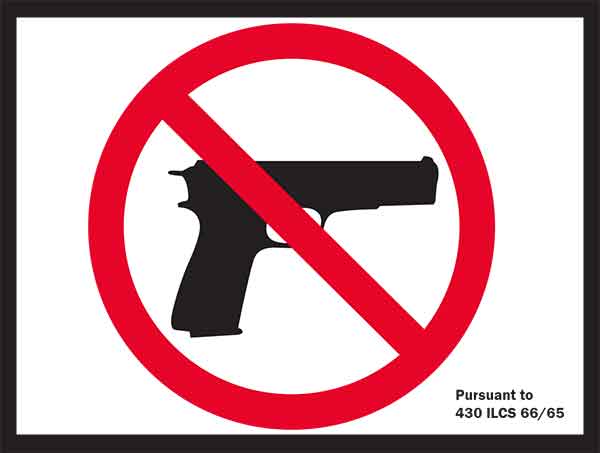 Under the new Firearm Concealed Carry Act, the Illinois State Police will issue licenses to individuals who qualify under the legislation to carry concealed firearms. The State Police also are required to maintain a database of licenses and applications that can be accessed by local law enforcement agencies.

The first licenses are expected to be issued in April.

With limited exceptions, carrying a concealed firearm is prohibited in public buildings and gatherings, including schools, parks, playgrounds and government buildings such as Village Hall.

The law also specifically prohibits concealed firearms in establishments where more than 50 percent of gross receipts are from alcohol sales.

Currently, Oak Park Police are being trained on appropriate enforcement of the new law, given its potential effect on officer safety. Police also are planning to reach out to local business operators and others needing to know how best to handle situations where someone is suspected of carrying a concealed firearm in a prohibited location.

To help interested merchants be prepared by the time licenses are issued, the Village is planning to provide state-approved door decals that let arriving customers know that concealed firearms are prohibited on the premises.

Illinois was the last state to allow concealed carry.