The Oak Park Police department has released the crime data compiled for 2016 for the state’s annual Uniform Crime Reporting Index.

The overall trend remains far below annual rates in the 1980s and early 1990s that often were nearly double the rates of recent years.

Police Chief Anthony Ambrose credited the partnership between an engaged citizenry and professional dedicated officers with playing a significant role in helping keep crime low even while the nearby City of Chicago struggled with significant increases in violent criminal activity.

Burglaries and thefts continued to represent the vast majority of all crimes committed in Oak Park in 2016. These two categories alone comprised nearly 90 percent of all 2016 crimes, with garages as burglars’ most frequent targets, Police say.

The three criminal sexual assault incidents reported in 2016 were down from the six reported in 2015, crimes Police say typically involve victims who know their assailants. 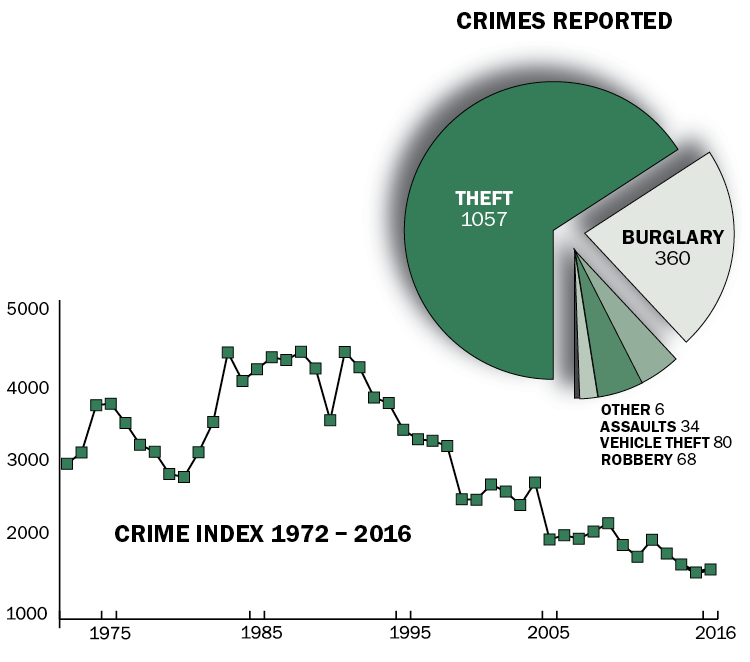