Shatonya Johnson, who became a patrol officer here in September 2000, is the first woman to achieve the rank of deputy chief in the Oak Park Police Department. She joins Joseph Moran who was promoted to Deputy Chief in 2019 and fills the vacancy created following the retirement of Frank Limon.

Village Manager Cara Pavlicek said her appointment of Johnson to Deputy Chief underscores the value of having a deep cadre of skilled personnel that can be tapped for promotions from within the organization.

“Deputy Chief Johnson has spent the last two decades in Oak Park,” Pavlicek said. “She brings important organizational and community knowledge to the position and ensures the Village has continuity and a strong line of succession essential to the future of the Oak Park Police Department.”

Oak Park Police Chief LaDon Reynolds called Johnson “one of the finest officers I have worked with during my law enforcement career.”

“Deputy Chief Johnson has consistently and steadfastly demonstrated the leadership, commitment to excellence and interpersonal communications skills that are so crucial to the success of the community policing model that is the foundation of the Oak Park Police Department,” he added.

Johnson previously was the Commander of the Investigation Division, a role she assumed following the promotion of Moran from the top investigative post. Among the wide variety of roles she has performed in her more than two decades with the Oak Park Police Department are internal affairs sergeant, detective, juvenile specialist, neighborhood resources officer and patrol officer.

“This promotion to Deputy Chief is an honor and a privilege,” Johnson said. “It also is a tangible validation of the years I have committed not only to law enforcement, but to the Village of Oak Park. I don’t take this new role lightly. I am committed to the helping Chief Reynolds and Deputy Chief Moran lead by example.”

Prior to joining the Oak Park Police Department, Johnson had been a case manager with the Illinois Department of Children and Family Services, a correctional officer at the Will County Jail, a patrol officer for the Cook County Forest Preserves and an adjunct professor of juvenile justice at MacCormac College in Chicago.

Johnson has a Master’s degree in Organizational Behavior/ Organizational Development from Benedictine University and a Bachelor’s degree in Law Enforcement Administration from Western Illinois University. She also is a graduate of the Senior Management Institute of Police in Boston and currently is attending the Public Safety Staff and Command School at Northwestern University.

More information about the Oak Park Police Department is posted online at www.oak-park.us/police. 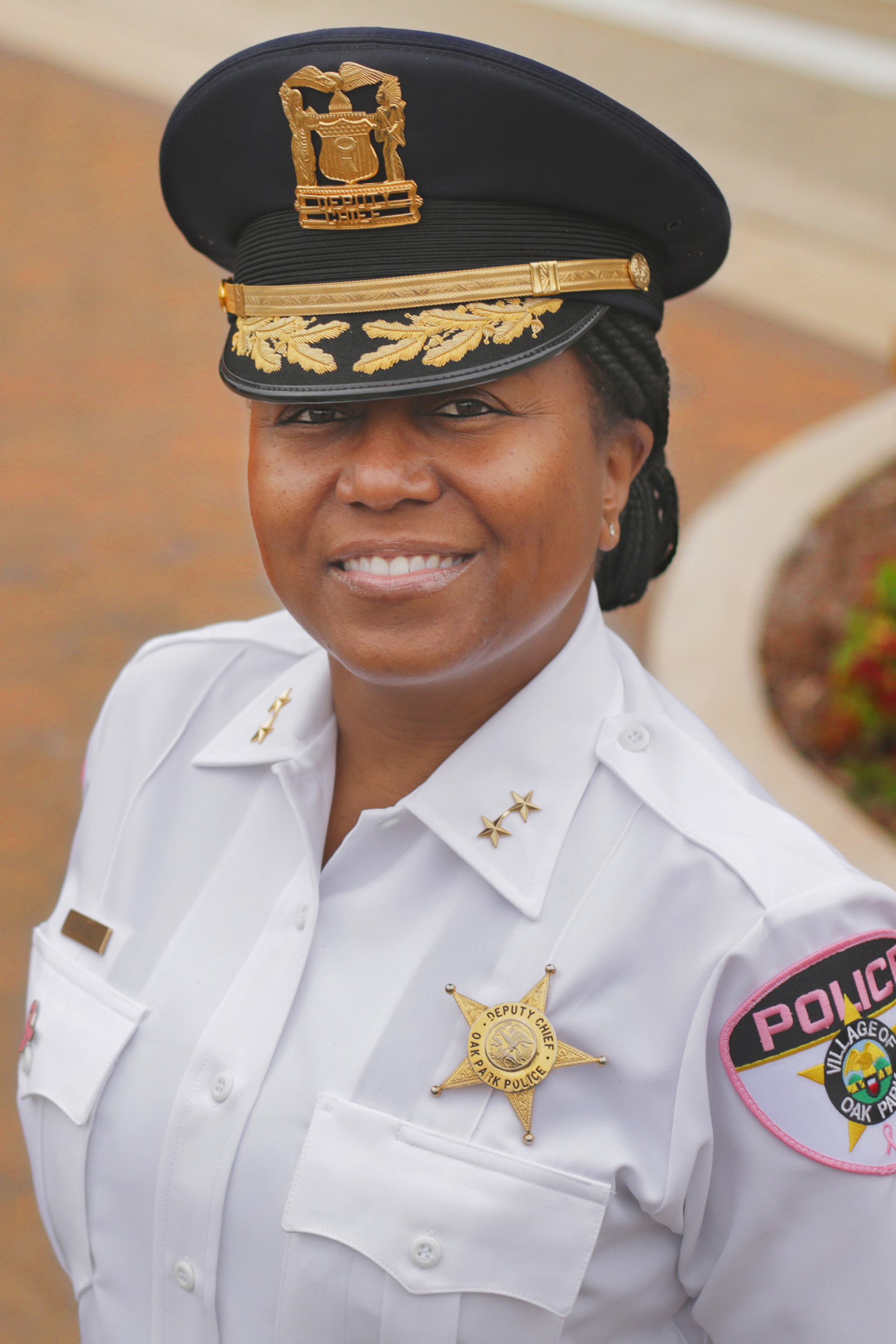